What is a Pack?

Packs are player-created teams that involve several players working together to hunt, protect, and thrive in the age of the dinosaurs.

When any player joins a pack, they can see the usernames of other people in the pack, and the player cannot attack other members in their pack. The best thing about being in a pack that has multiple people is that it increases your survival chance, assuming your pack members protect you.

How to Manage a Pack

To invite someone to a pack, the player must click the Packs button located to the left of the Menu button, then on the top of that page click the Create button.

The pack owner must make a name for the pack to create the pack. Click the Create button, located on the top left of the sidebar, and the pack name box will open. The pack can be named anything you want, assuming it’s not profanity, as the pack name will hashtag if it contains inappropriate content. Once the perfect name has been found, click the Create Pack button. After the pack has been created, the owner can finally invite their friends!

To add friends to the pack click the Invite to Pack button, a box will appear showing multiple names of the people on the server. Scrolling up and down can show more players. Once you found a friend to invite, click their name and that person will receive an invite notification on the bottom right location of the screen. Pack leaders can kick anyone from the pack by clicking on their name in the pack button. Do be aware that packs can betray others at any time by kicking members from the pack and then attempting to kill them. This is a commonly used tactic to deceive other Dinosaur Simulator players, giving the impression that the pack owner is friendly, who would then trick the person and kill them. When the pack leader leaves, the pack is disbanded. Note that you can leave packs any time, if you want to live on your own, or if your pack agrees to you being the pack leader, or if there’s a conflict between members in the pack, etc.

Packs are found in multiple types.

The pack consists of a lot of players playing as the same creature, usually a hunting pack. This type of packs motivates other players to play as the same dinosaur and join. Very common with Giganotosaurus back in the older versions of the game. They are most common in Realism Servers.

Packs with a lot of different dinosaurs and skins. In these packs players usually switch a lot and show off rare skins that they have. There nearly always is a Barosaurus in the pack for protection, or for showing off.

War/KOS/RK/Deadly packs are full of people who are very aggressive towards anything insight by attempting to kill them. These are commonly packs who often get into fights with people that they have killed on sight. These packs usually have some of the strongest dinosaurs in the game like the Albino Terror, Megavore, Mammoth, Apatosaurus, Barosaurus, Avinychus, and other strong dinosaurs.

Some packs, generally the Deadly Packs, focus on wiping out the entire server.

These packs are people who want to elder their dinosaurs or grow them. These “packs” usually only have one or two people. There is, however, a variation of this was the packs will make up most of the server, as the more members are in their pack, the fewer enemies there are for them to worry about so they can elder easier. These packs are uncommonly seen in private servers.

A very common pack seen in private servers, these people farm for DNA for dinos/skins and upcoming events/updates. The most common dinosaurs they use in there are the Barosaurus, Puertasaurus, and sometimes, a Kaiju Titanosaurus, if the player wants to farm without drinking and only eating plants, and very rarely eldering other creatures. It is also noted that the packs are rarely seen in public servers, mostly because the pack doesn't want to lose a dinosaur that they're using while farming.

To place a nest after the pack is created, the pack leader must be the age of Juvenile or higher to create a nest. Once the owner's dinosaur can create the nest for your pack you can click the Nest button located between the Create and the Leave button in the sidebar of the pack.

Only one nest can be created at a time. to create a new nest, the previous one must be destroyed, and not within 100 studs of another nest, which can be done by a member or a foreign dinosaur. This is why players are advised to place their nest in a secret or protective area where other dinosaurs would not be keen to attack.

While the nest is not destroyed, every time a pack member enters the map they will spawn on the pack’s nest. The same properties also apply when they die. This is useful because if you see a predator coming at you, you can click on the menu button, then click play and you will spawn at the nest. Whenever you grow to a different stage, you are teleported to the nest.

There are currently four different types of nests with various styles and different costs. For an unknown reason, the nests don’t cost DNA anymore. 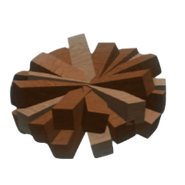 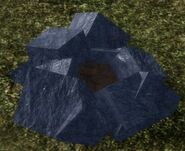 The normal nest is one of the first nests added into the game.

Old: A classic nest style with multiple sticks, of various brown shades, that a lead into the center of the nest.

New: Rock-made circle with a hole in the center. 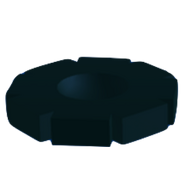 Old Leaf Nest in the dark. 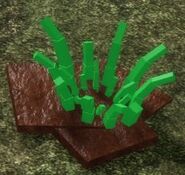 The leaf nest is a simple but effective way of hiding your nest in lots of foliages or trees.

Old: Very simplistic look with multiple green leaves of the same color that connect in the middle of the nest with a sloped-down indent at the center.

New: Looks like a plant, has some grass "growing" on it. 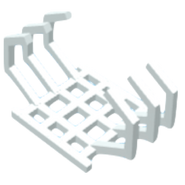 The bone nest is tied with being the most expensive, along with the bubble nest. The bone nest also makes your pack look threatening and powerful.

Old: looks like a blocky ribcage with white colors

New: Very unique and different from all the other nests. The nest is a fossil in the shape of a dinosaur ribcage with the default color used for most fossil dinosaur skins. 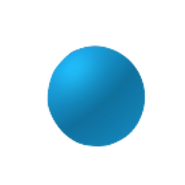 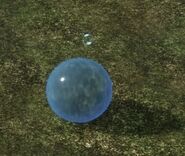 The bubble nest practically says it in its name; it is the only nest that is transparent and also the only one that can be walked through, thus making it a reliable nest to choose from. It is also very effective at camouflaging in the ocean because of transparency and color. It shoots small particles out of it.

Old: same as the new model but not transparent with blue color

New: The nest is spherical with a semi-transparent appearance.