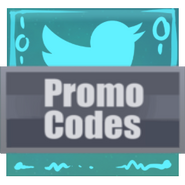 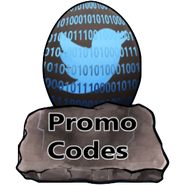 Promo codes are promotional codes made by ChickenEngineer, that can be redeemed located on the bottom left side of the Main Menu screen. When redeeming a code the player is able to obtain various Skins which can be applied to their corresponding Dinosaur. There will never be any codes for Albino Terror, Megavore, Avinychus, or Scylla because they are not skins, unlike other creatures with a code that only unlocks skins. There are no secret codes that unlock Developer Dinosaurs, as these are only for developers, hence the name. There also aren't any unknown codes that the wiki hasn't discovered yet because ChickenEngineer would have informed the community on his Twitter or Discord.

How to use Promo Codes

Disclaimer: This wiki is not run by nor viewed by ChickenEngineer, so asking for new codes will not benefit you.